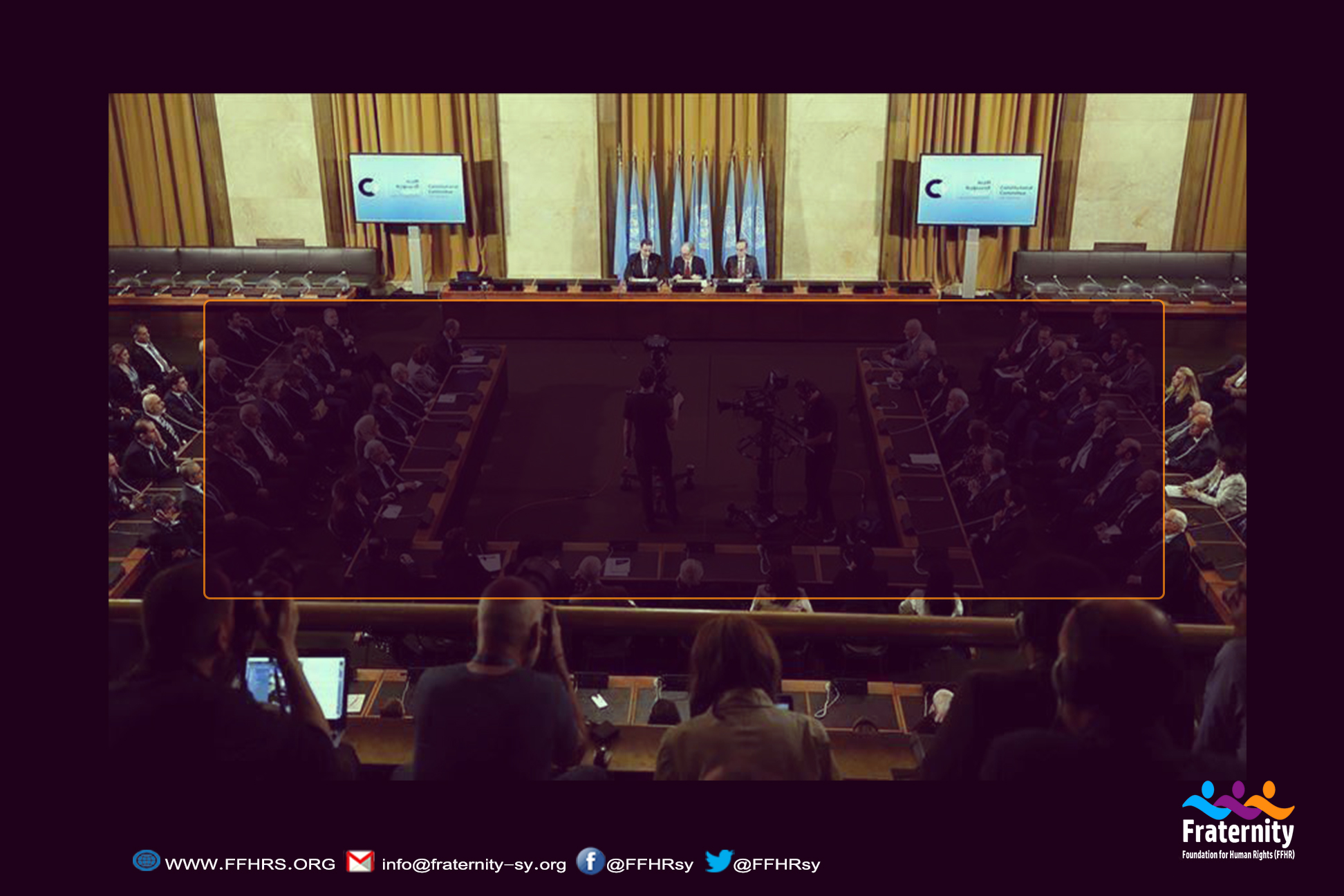 Position paper on the process of drafting a new Syrian constitution

March 15, 2021 1Like
Click here to as PDF ENG who is drafting the constitution AR من يكتب الدستور
In furtherance of resolution 2254 aimed at advancing a political process to resolve the Syrian conflict, the Fraternity Foundation for Human Rights (FFHR) issued a position paper on the drafting of the Syrian. in order to bridge the gap left by the communication between the participants in the special Syria talks and the components of the Syrian society all mechanism to ensure that the information on the process of drafting the Constitution, which is the Syrians right all in the access and circulation and processed under the hardships imposed by the country’s conditions and the inability of citizens to learn to write their constitution and in any form will be their future and their homeland.
This paper expresses the position of the Fraternity Foundation for Human Rights, does not deny at all the efforts made by all parties to provide the best. As a part of the Syrian human rights movement, the Fraternity Foundation (FFHR) hopes that its position will be the position of a group of Syrian citizens sharing a single vision and common objectives in strengthening the rule of law and the role of Syrian civil society in political participation and influencing decision-making.
Confirming to form an opinion common position with human rights and civil Syrian organizations, our team has handed over this paper formally for more than 20 human rights and Syrian civic  organizations hopes our Foundation to receive this paper for their interest and work to provide more discussions and observations to enrich this paper and develop more.
Our foundation has also prepared a training manual on the “suitability of international agreements with the legislative pyramid” currently maintains training workshops inside Syria, local organizations, activists and activists and those interested in the future of the Syrian Constitution.

Fraternity Foundation for Human Rights (FFHR) hopes that the UN Special Envoy to Syria and his team will make this paper among the sum of Syrian opinions and documents and adopt what is agreed upon by everyone.

Our foundation confirms the need for Syrian citizens to know what is happening to their future and to be real partners in shaping this future and exercising their duty and right to access, deal with and deal with information as guaranteed by international conventions on human rights and civil and political freedoms guaranteed by the International Covenant on Civil and Political Rights.
Fraternity Foundation for Human Rights (FFHR) welcomes all opinions and observations on this paper through all available means of communication

DOCUMENTED REPORT: THE STATUS OF THE RIGHT TO FREEDOM OF ASSOCIATION IN THE AREA CONTROLLED BY THE Hayat Tahrir al-Sham