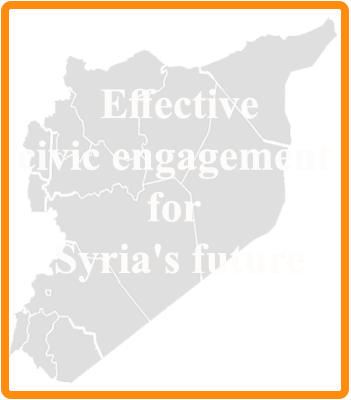 The complexities of the Syrian conflict scene as a result of regional interventions, the escalation of violence, and the militarization that has engulfed Syrian public life in various regions. Civil and political forces have essentially been absent from civil participation and ENGAGEMENT in Syria.

To this day, the international community has not been able to push the peace process and the political solution in Syria forward despite the international community’s assertion that the conflict in Syria is a political rather than military solution, but all attempts did not meet the aspirations of the Syrian people with its various components and were also reflected by the promotion of hate speech and the spread of political violence and escalation The power of the security and military forces.

The need today for effective civil forces that participate in decision-making and influence it through a real civil ENGAGEMENT of Syrian societies with different affiliations enhances the political solution in Syria and gives the civil forces the ability to move and express the aspirations of Syrians in a decent and just life and a future based on freedom and societal development , The efforts made by the international community in this regard were seeking to form the constitutional committee. Indeed, the committee launched in meetings that led only to more complexity and the withdrawal of many of its members and distancing themselves from submission to the pressures of international and regional interference practiced by Turkey, Russia and Iran on the Syrians, in particular a region Northeast of Syria whose political and civil forces were excluded from real participation in this committee and other general Syrian issues .

Therefore, it has become necessary to strengthen the capabilities of civil society (civil NGOs and political parties) by raising awareness of civil and political rights and developing their methods of active civil participation/ENGAGEMENT in decision-making and thus the right to shape the future of Syria .

Since 2019, FFHR has been striving for human rights conventions to be the primary source for Syrian local and national legislation. 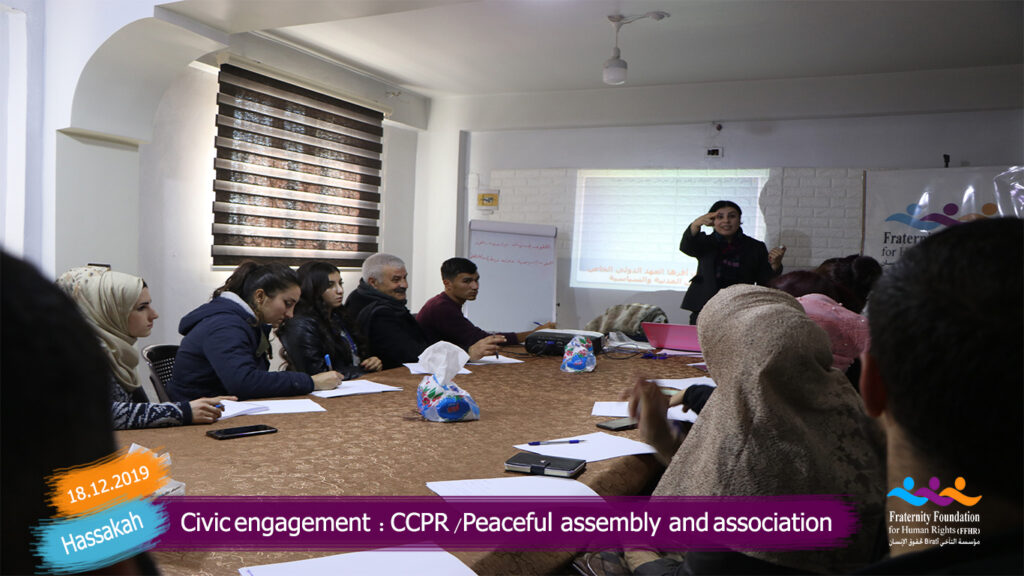 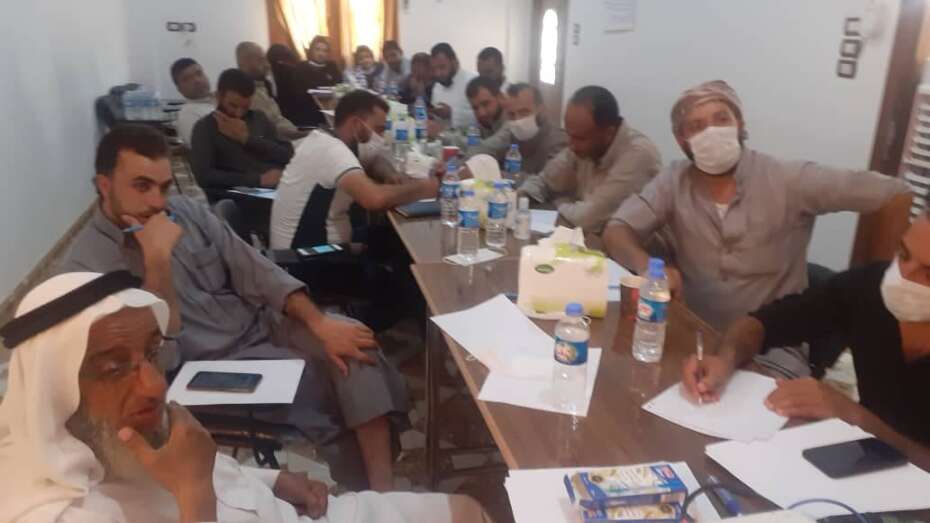 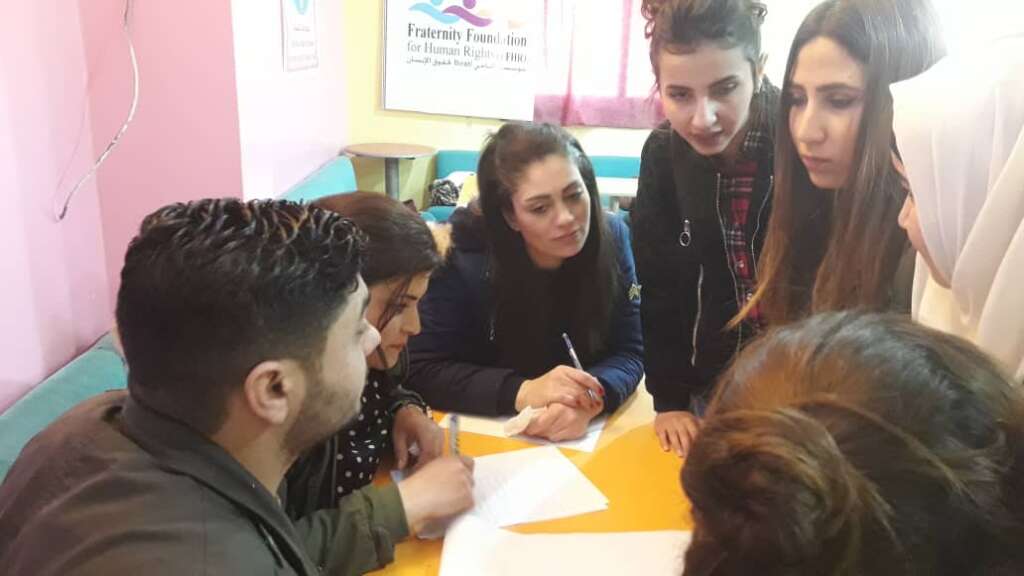 POLITICAL SOLUTION IN SYRIA AND THE CONSTITUTIONAL COMMITTEE AND ITS OUTCOMES

This paper is mainly focused on exploring ways to enhance the participation of Northeast Syria in the process for drafting a new Syrian constitution by the Constitutional Committee established pursuant to Security Council Resolution (2254) issued in December 2018, given the importance and the substantial impact of this participation on the political solution and peace and the national unity in Syria.

This report, issued by the Fraternity Foundation for Human Rights, focuses on the vision of civil society organizations in northeastern Syria about the future of legislation in the region and the importance of the position of international conventions and human rights conventions in the pyramid of legislation in conjunction with the reformulation of the social contract in the region by the Democratic Self – Administration of North and East Syria, which is considered a local constitution for the region. 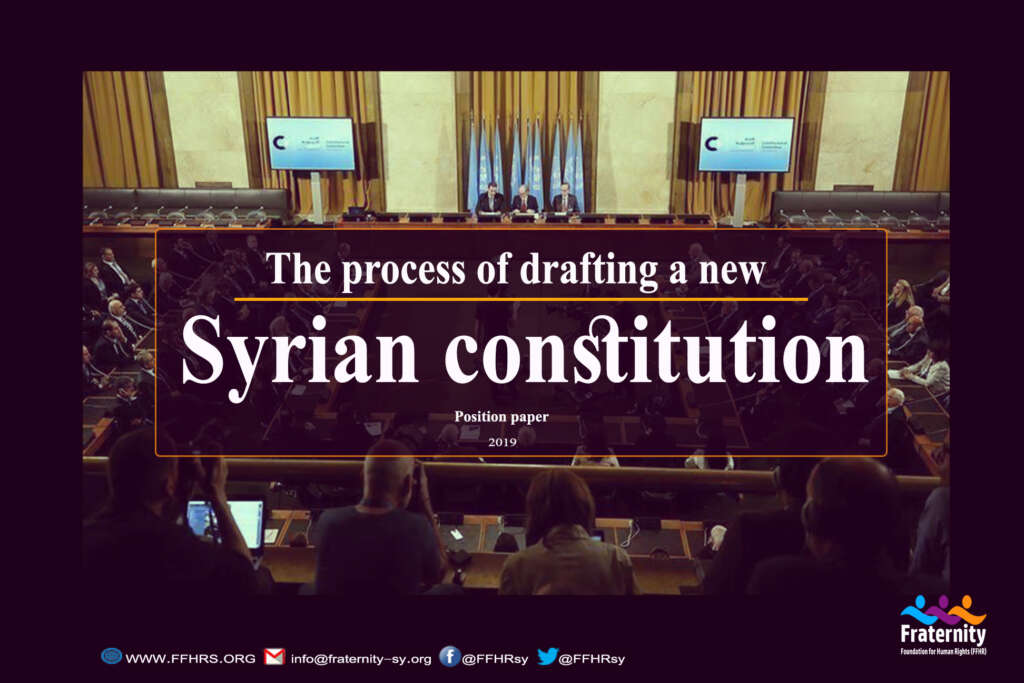 POSITION PAPER ON THE PROCESS OF DRAFTING A NEW SYRIAN CONSTITUTION

In furtherance of resolution 2254 aimed at advancing a political process to resolve the Syrian conflict, the (FFHR) issued a position paper on the drafting of the Syrian. in order to bridge the gap left by the communication between the participants in the special Syria talks and the components of the Syrian society all mechanism to ensure that the information on the process of drafting the Constitution, which is the Syrians right all in the access and circulation and processed under the hardships imposed by the country’s conditions and the inability of citizens to learn to write their constitution and in any form will be their future and their homeland. 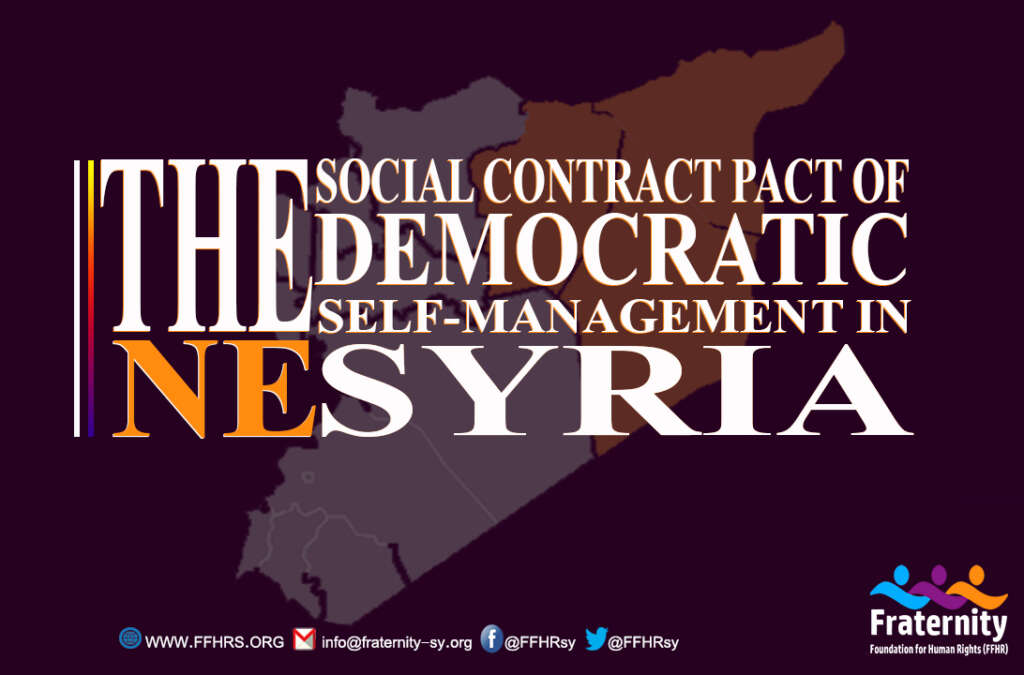 Northeast Syria—for peace and common destiny in Syria A common vision of civil society organizations in Northeast Syria on the process and the outcome of the Constitutional Committee The process of drafting a new constitution has not been a stable process. In one sense, it did not manage to achieve a ceasefire in Syria as it was stipulated in the 2254 resolution on political settlement in Syria. And meanwhile, all parties to the Syrian conflict, especially the Syrian government, who agreed to participate in this process continue to hinder the process and further expand the areas under their control and increase their influence, through leveraging and violating clauses 5, 6, 7, and 8 of the 2254 resolution which was unanimously adopted by United Nation Security Council on 18 December 2015, which endorses a road map for a ceasefire a political settlement in Syria.
انقر هنا

A joint statement by civil society organizations in Northeast Syria on the occasion of the International Day for Human Rights Today, December the 10th, marks the International Human Rights Day, which is an important occasion to review the extent of commitment of governments to human rights values and principles proclaimed in the international document adopted by the United Nations on this day from the year 1948. Equally important, it is essential to emphasize the importance of the existence of national human rights institutions in countries and regions that are specialised in protecting and promoting human rights
انقر هنا

Seven civil and human rights organizations und 20 Activists have signed their solidarity agreement with the content of the paper and seek to ask the Legislative Council for self-management to make these proposed amendments.