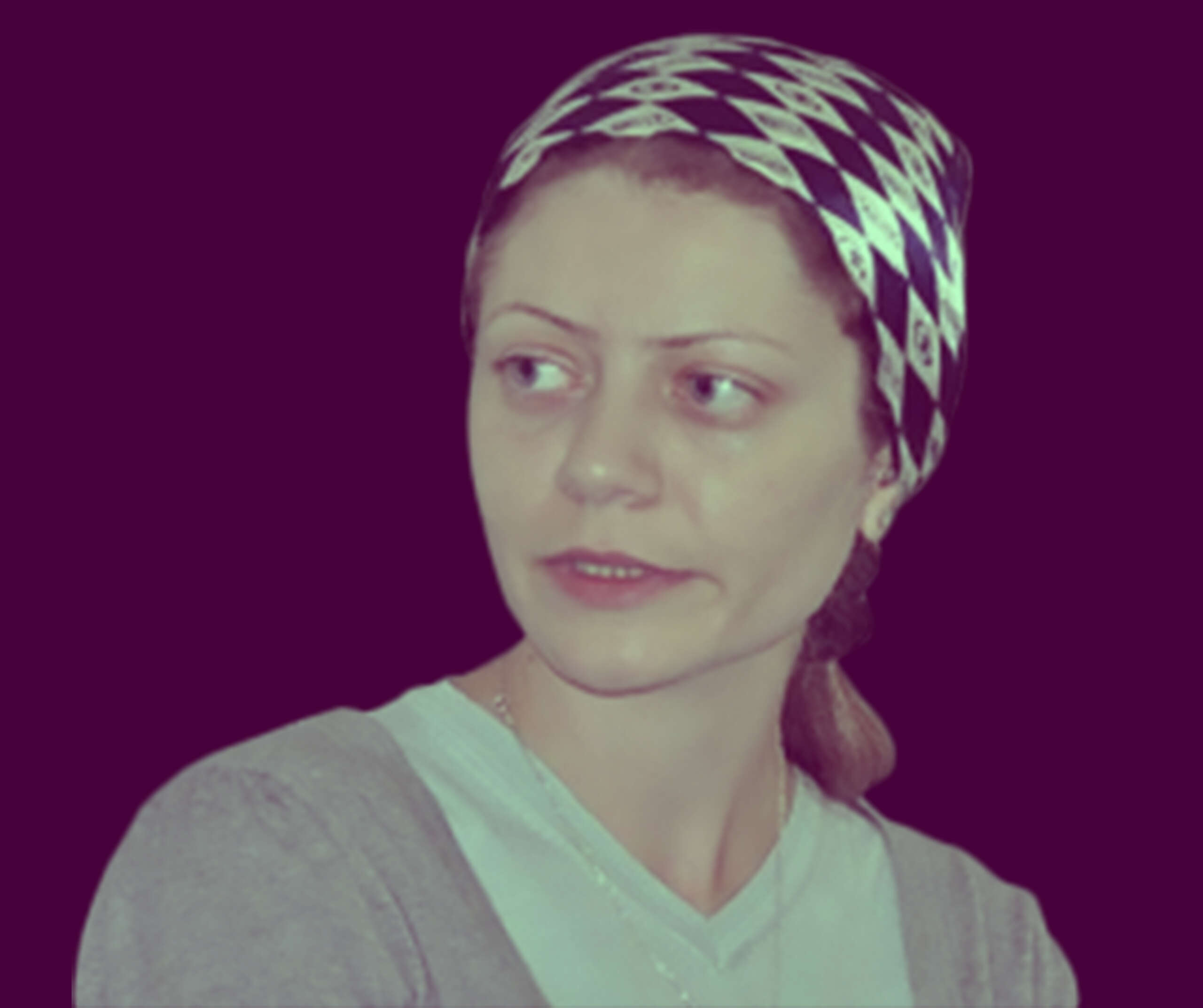 Razan Zeitouneh and the #Douma4

Syrian activist and documenter of rights violations Razan Zeitouneh was kidnapped on 9 December 2013, alongside her husband, Wa’el Hamade, and colleagues Samira Al Khalil and Nazem Al Hamadi. ‘The Douma Four’ have been missing ever since.

Years before the 2011 Syrian revolution, the name of Razan Zeitouneh was well-known within activist circles in Syria.

In 2005, she founded the bilingual (Arabic and English) website Syrian Human Rights Information Link (SHRIL), which became one of the earliest sources documenting human rights abuses by Syrian regime forces when the revolution started in 2011.

Her activism had already resulted in a travel ban in 2002, just two years after Bashar Assad took over from his father, Hafez.

Despite threats and ongoing risks, Zeitouneh did not want to leave Syria. In a 2005 interview, she stated “I will never leave this country – never”. She also said that she was psychologically prepared to be arrested at any moment, adding “I’m not afraid”.

Shortly after the initial 2011 protests, Zeitouneh co-founded the Local Coordination Committees (LCCs) to help organise demonstrations and document the protests as well as the brutal crackdown inflicted upon protesters by regime forces.

Then, in June of that year, she co-founded the Violations Documentation Center in Syria (VDC) to help document “all kinds of human rights violations in Syria”.

The VDC was originally an offshoot of the Syrian Center for Media and Freedom of Expression (SCM), (an organisation that later joined the IFEX network), but became independent in 2012 when SCM was raided by security forces and 16 staff members, including the head of the organisation, Mazen Darwish, (later named the 2015 recipient of the UNESCO/Guillermo World Press Freedom Prize) were arrested.

To this day the VDC operates throughout Syria at great personal risk. As they explain on their website, the VDC’s “activists take great risks to document human rights and international humanitarian law violations committed by the Syrian government and other armed actors in the conflict.”

She was also one of the witnesses of the 2013 chemical massacre by the Assad regime in Eastern Ghouta. At the time, she said that she hadn’t “seen such death in my whole life” and that “people were lying on the ground in hallways, on roadsides, in hundreds.”

Later that year, she accused Western governments of exchanging their “moral ethical obligations for the legal ones.” This referred to United Nations Security Council Resolution 2118, adopted unanimously on 27 September 2013 which, according to Zeitouneh, “implies that Bashar al-Assad will continue to rule Syria for at least one more year”.

By the end of 2013, Zeitouneh had reported several times receiving threats related to her work documenting the abuses and atrocities committed on all sides.

This culminated in her kidnapping on the night of 9 December, 2013, alongside her husband Wa’el Hamade and colleagues Samira Al Khalil and Nazem Al Hamadi. The four activists, since called the ‘Douma Four’ after the city in Eastern Ghouta in which they were working, have been missing ever since.

Although no one was officially accused, it is widely believed that the rebel group Jaysh Al-Islam (Army of Islam, or JAI) was behind the kidnapping.

Mona Zeineddine, communications manager for the SCM, explained why JAI is highly suspected of being behind the abduction:

“When the Syrian uprising began in March 2011, she saw the need to meticulously document violations being committed by the regime and founded the Violations Documentation Center. The VDC documented atrocities committed by all sides, regardless of political affiliation. And for this reason, Razan posed a threat to Jaysh Al Islam, the armed group in Eastern Ghouta highly suspected of forcibly disappearing her, along with Samira, Wael, and Nazem.”

Furthermore, a JAI official confessed in a local court to having sent Zeitouneh a note, on orders of the rebel group’s command, threatening to kill her just weeks before she was kidnapped. The official was later released when JAI’s leader, Zahran Alloush, intervened.

Yassin Al-Haj Saleh, a noted Syrian intellectual and husband of Samira Al Khalil, wrote a piece in 2014 entitled Why Zahran Alloush Stands Accused. In the piece, Al-Haj Saleh argues that Alloush “barely denied” their responsibility, attempting instead to deflect the issue by saying that more attention should be given to those kidnapped by the Assad regime.

Al-Haj Saleh further argued that as the Douma Four were kidnapped from a territory held by JAI, and not ISIS or the regime, it falls upon JAI to explain it. To date, no investigation of the crime has been carried out.

A few months after the kidnapping, a statement signed by hundreds of activists and written by the families of the kidnapped called for their unconditional release and held the perpetrators responsible for their well-being. The campaign has since become known as Free #Douma4 in English.

Asaad Al-Ashi, one of the coordinators of that campaign, said that their aim was to “demand that [the international community] exert pressure on their allies in the Gulf, who may be able to pressure the armed opposition in Syria for the unconditional release of the detained” – a reference to the fact that JAI was funded and supported by Saudi Arabia.

Many believe that Zeitouneh was still alive in 2016. The Associated Press (AP) reported that one former prisoner of Tawbeh prison, which was run by JAI, reported seeing Zeitouneh there, and there have also been reports of graffiti in Tawbeh which read “I miss my mother – Razan Zaitouneh, 2016”. Mazen Darwish has said that there is evidence that Zeitouneh was in prisons run by JAI until at least early 2017, after which no information was available.

However, the fate of the Douma Four remains unknown. The search was made more difficult, and family, friends, and supporters holding on to hope received a setback when Eastern Ghouta was captured by regime forces in April 2018, after over five years of siege and bombings. While some prisoners were released, none of the Douma Four were among them. 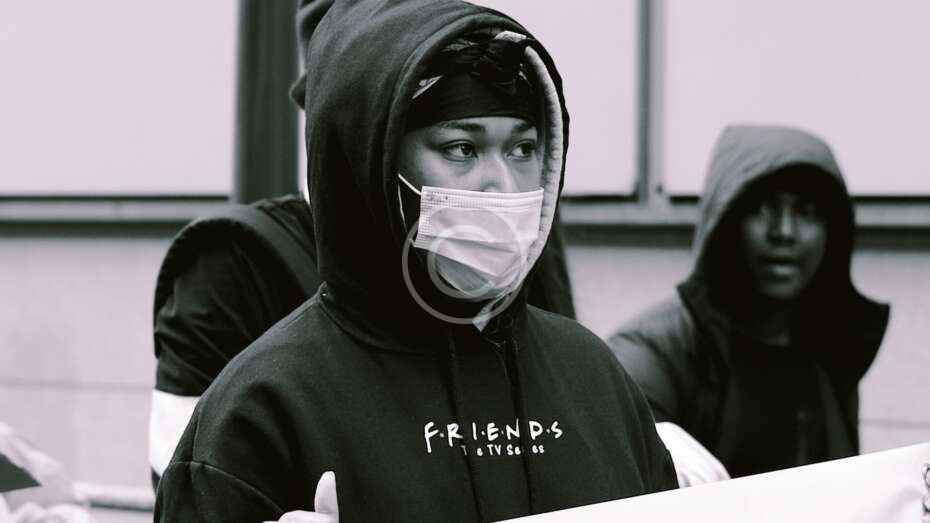 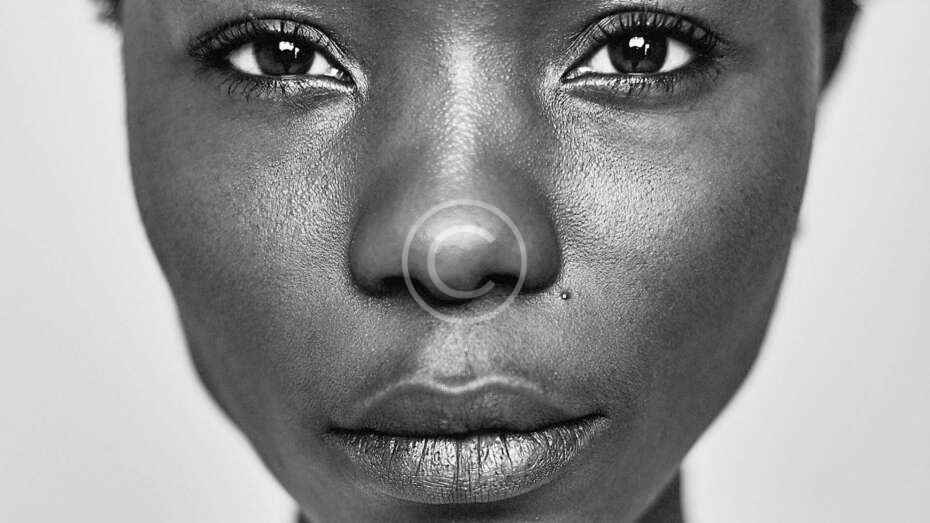 Rooftop Party After Our Fest